In the sidebar you can see the 'Classic' photo of Archbishop Oscar Romero by Carlos Reyes-Manzo, used today in many Salvadorean homes as an icon.

Romero was assassinated on 24th March 1980 while celebrating Mass in a hospice. In his three years as Archbishop, he had become the Voice of the Voiceless, a tireless Defender of the Poor, and upholder of human rights while a cruel civil war was boiling up.

Hailed by millions as 'San Romero of the Americas', Romero continues to inspire the wider world. Streets and buildings, schools and trade unions, have been named after him, and his statue stands over the West Door of Westminster Abbey, London.

In 2007, Pope Benedict told reporters that Romero "merits beatification, without doubt". On 3rd February 2015, his successor, Pope Francis, began the process of officially recognising the saint with a declaration of martyrdom. Romero was beatified on 23rd May 2015 and canonised in Rome on Sunday 14th October 2018.

In a remarkable gesture, the new President of El Salvador prayed in front of Romero's tomb before taking office. Maybe Romero's words are being realised at last:

If they kill me, I will rise again in the people of El Salvador 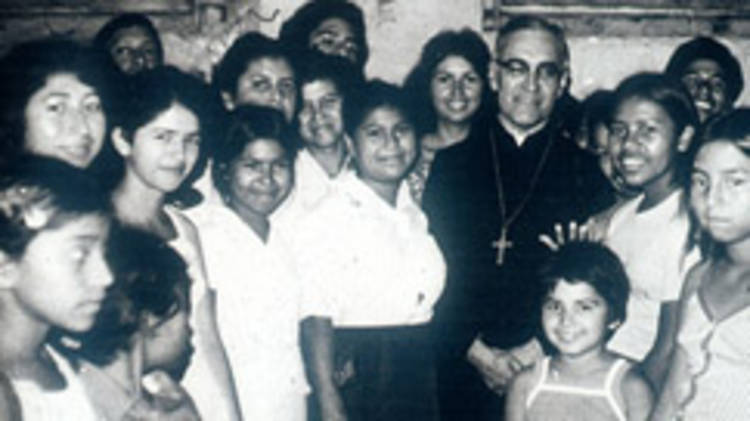 ROMERO the Musical by George Daly and Liam Bauress is a heartfelt tribute to 'Monsenor', a once anonymous title which has come to mean only one man.

This website aims to provide a complete downloadable package to help any drama group stage the musical and to play its part in the world-wide commemoration of the 30th Anniversary of Romero's martyrdom.